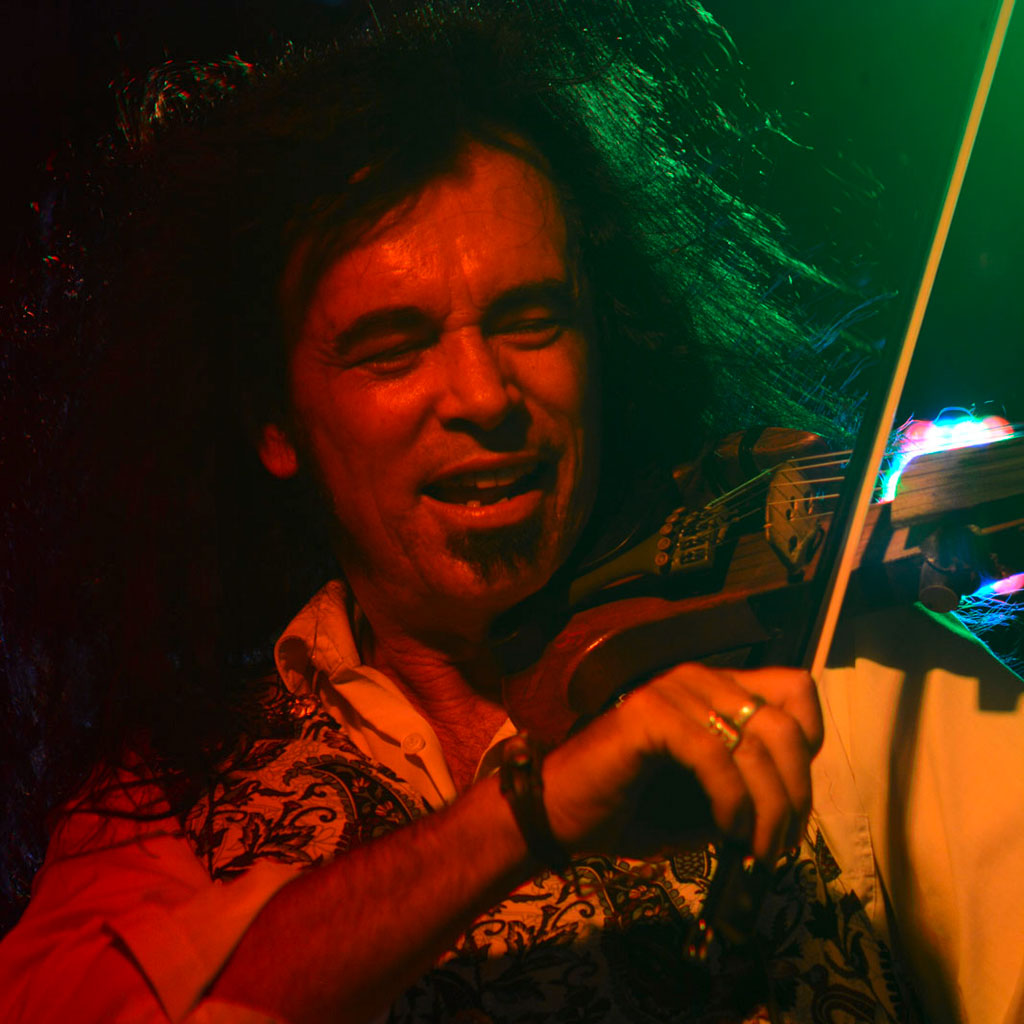 Rabbit Robinson was born in Murwillumbah, Australia in 1963 in the shadow of the mountain that shadows Round Mountain, which he feels, is significant. In 1970, Rolf Harris and the Queensland Youth Orchestra supported him on a European tour. At the age of 17 he had played some of the most stunning concert halls and cathedrals throughout Britain, Germany and Italy. Europe touched him. Thankfully, Rolf didn’t.

He finished school and started touring the pub and club circuit in Australia with western swing groups “Down South” & “The Bumpkin Bros”. Countless violin recording sessions followed as his reputation grew during the 7 years he was based in Sydney. Work with the likes of Digger Revel, Lee Conway, Jimmy Barns, Venetia Fields, Leapin’ Lizards and Jack Thompson cemented his standing. Somehow, he also found time to establish “POTENT PRODUCTIONS” which specialises in concert & video production.

It was not long though, before he felt the draw of the mysterious Round Mountain. Failing to take heed of the message from the mountain of which he had been born in the shadow of… “Mount WARNING” he moved back to the area of his birth and started a sister business, “POTENT PARTIES”. The RMG doctrine requires that every member specialise in a field outside of music. Partying is a particular passion of his so it seemed only natural that he should combine business with pleasure.

Apart from his hair, no part of him is actually a real girl.